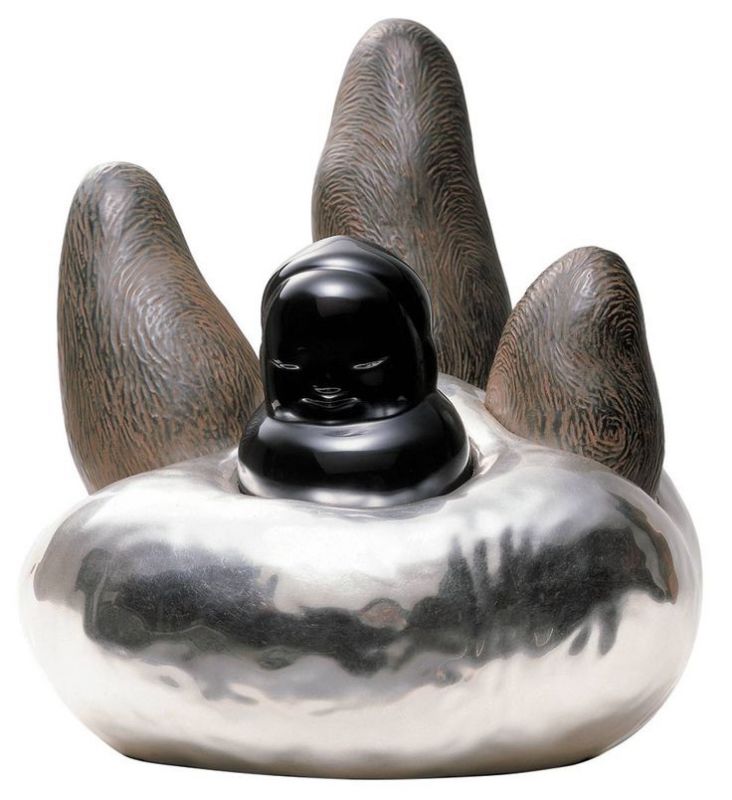 TUP Dedicated to expressing Buddhist thoughts through art, Li Chen’s sculptures are of minimalist forms and lines, embracing the Chinese philosophy of Tao, “Qi”, and energy. Round and smooth, they embody an internal softness, and appear meditating, or on clouds, their figures always showing inner peace and calmness. In ‘Travelling in Mountains’, Li Chen depicts a representative of Buddha meditating amongst clouds. The landscape is symbolic with ethereal and sacred connotations, with mountains often having mythological references. The figure conveys an inner peace and spiritual contentment that is separated from earthly pursuits. With his work, Li Chen bridges contemporary art with ancient traditions and philosophy, acting for the survival and resistance of his culture.